As part of our A Healthier Life’ campaign, Barbaraexpat would like to share with you her experience with breast cancer, and remind you all of the importance of regular breast self-examination, even if you think you are not at risk.

“So here are this year’s notifications for breast tumours,’ said David, indicating a chart that filled an entire wall.

It was my first day at work at the Cancer Council Victoria, and my young boss was showing me round the labyrinth of archives, where all the notifications of cancer diagnoses in Victoria are catalogued and used for various research studies.

Although I was aware that a breast tumour is one of the most common types of cancer, I was shocked by what I had seen on that wall, and the following morning, in the shower, I decided to give myself a self-examination for the first time. 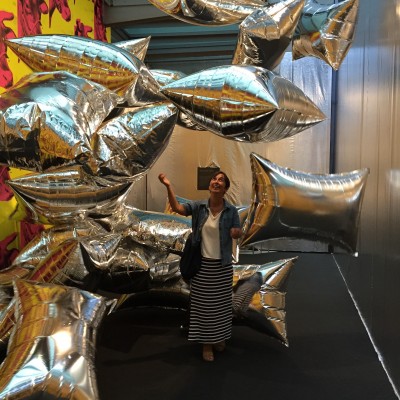 I confess, I’m a bit of a hypochondriac, and I have been known to rush off to the doctor with various symptoms, terrified that I am suffering from some disease which is as improbable as it is incurable, but I had never been worried about breast cancer.

There’s no family history, I have never smoked, I don’t drink, I have never been overweight, I’ve always had a good diet, I’m not particularly well-endowed, and I breastfed my daughters for three years! Despite my hypochondriac tendencies, I felt unassailable on this front, and was convinced that notwithstanding the wall, I was safe.

But no: with the very first pressure of my touch, I felt something suspect: a nodule in my left breast, a little pebble under my wet fingers. I shuddered: suddenly realising that I, too, could become a statistic.

My doctor has known me for 20 years, and is used to me showing up with one of my imaginary illnesses, but a nodule in the breast scares even the most relaxed of doctors: the next day I was in having a mammogram and a scan, after which I was told I needed a biopsy.

I usually handle medical appointments on my own, but this time I felt I needed support. Rather than asking Nigel, I asked my friend Annamaria to come with me. I felt something was wrong, and needed to be able to speak in my mother tongue, be emotional and dramatic if necessary, or jump up and down with joy if it was found to be a false alarm. I needed to be myself and be understood. Nigel is a great husband, but as all good Anglo-Saxons, he avoids extreme demonstrations of emotion!

Annamaria waited patiently as I followed the path that was gradually leading me closer to what I didn’t want to know. She even managed to make me laugh a bit, and held me tight at the end of that afternoon.

“I’ve got cancer,” I kept repeating to myself in the car as I was driving home, and I had to stop when I couldn’t see the road any more through my tears.  But I managed to get there.

Strangely, I remember that drive home as the worst part of it all. Gradually, I regained control of myself, and bit by bit I managed to face the obstacle course ahead of me, one step at a time, trying neither to look back, nor too far ahead.

My doctor promised to call me as soon as possible with the results, but it was obvious to me that I had cancer.

I spent the first few days in a foggy daze. I knew I was in good hands from a medical point of view, but I didn’t know how to face up to the situation socially. 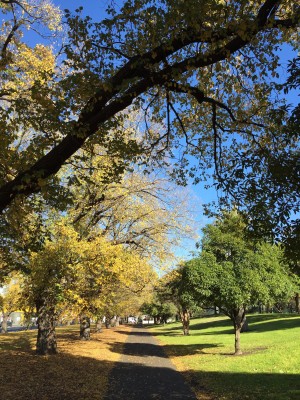 I was aware of the stigma attached to cancer, and didn’t want to have to face pitying looks: nor did I want what was happening to me to be avoided with fleeting or indifferent glances.

In the end there was nothing to worry about. I felt enveloped in everyone’s affection and support. Australians, who are often so indifferent and controlled, are fantastic in moments of crisis: they know exactly what to say and what to do.

SMSs poured in, along with notes filled with affectionate, supportive words, flowers, boxes of chocolates from people I hardly knew but who simply felt the need to let me know they were there, they knew what was happening, and they were offering neither pity nor indifference. Friends and relatives scattered all over the globe rallied around, and, strange but true, I clearly remember having almost physically felt their hugs and their affection.

Luckily, I didn’t need chemotherapy, and pulled through with just one round of radiotherapy, daily for six weeks in a hospital near my home, with no dramatic side effects.

My main memories of those months are of the colours of autumn and of the sky I had never seen so blue, along with the relief I felt in the knowledge that although I was at the other end of the earth, I wasn’t facing this crisis alone.

Translated from Italian by Paola Fornari

My two-pronged attack of Dengue in Honduras

A healthy and inspiring interview

? We are joking of course, but there is something we would like to tell you. You might have noticed that Expatclic has no ads or paywall. For 17 years we have been working voluntarily to provide quality contents and support to expat women all over the world. However, keeping such a big website going has some costs, which we partially cover with team member’s fees and donations of those who appreciate us and wants our work to continue. If you could give even a tiny contribution to cover the rest, we would be immensely grateful ♥ You can support us with a small donation, even a small one. Thank you so very much.
25 August 2016 at 8:44
Australia, Health
challenge, well-being, Women
Barbara Amalberti
Subscribe
Login
0 Commenti
Inline Feedbacks
View all comments

My two-pronged attack of Dengue in Honduras

A healthy and inspiring interview