My first days in Geneva

Traditionally, when Claudiaexpat moves to a new country, she shares her first impressions. Here are the ones on Geneva.

I hesitated before sharing the impressions on my first days in Geneva. This is not a long-term assignment, and we don’t know how long we’ll actually live here. Uncertainty and changes, however, are the constant elements of a mobile life, and I don’t want to waste any occasion to explore the feelings that come from relating to a foreign culture.

I arrived full of prejudice and convictions, sure to find a clean and ordered city, with lots of rules, and money paving the streets. I was particularly terrified by the idea of having to comply to strict rules after years of carefree life in countries very far from Switzerland, and not only geographically. 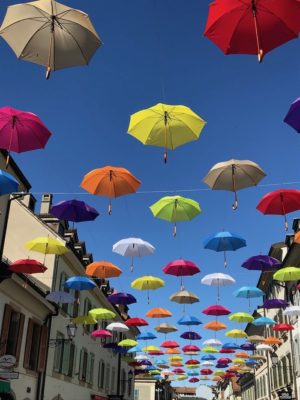 I was quite surprised during my first days in Geneva, to realise how many foreigners live here. And not the kind of foreigner I had expected – UN workers in suits and brilliant and elegant lawyers from overseas. The foreigners I met (and still meet) are people coming from literally everywhere in the world, many of them can hardly afford a suit.

During my first days in Geneva, when I had not built a social routine yet, I used to go out almost every day for a walk and a bit of shopping at the supermarket. I was stunned to realize that I hardly heard French. The language of the people I came across in the streets or the trams spanned from Portuguese to Russian, from English to Spanish, from Tigrinya to Arabic.

Both the people and the city did not confirm my idea of a modern, rich and ordered place. The neighbourhood where I live is made up of ordinary people, modest persons who stop in the streets to greet each other and chat. 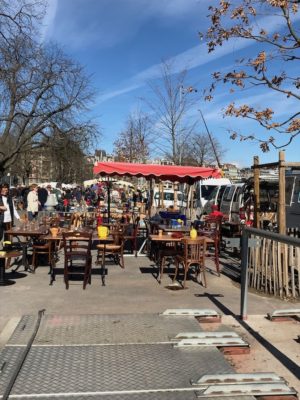 Here is another thing I noticed in Geneva: people are quite warm and kind. On trams (again: trams and supermarkets are my main reference points 🙂 ) they let their seat to the elderly and the needy, they play with children, don’t seem to mind noises, and seem inclined to exchange a word rather than ignoring what is going on around them.

Overall, apart from a bad experience in a hospital, the impression I have from this city is of a human place, where interactions still play an important role.

It felt so funny at the beginning to move within a place where many things work well. I had to reverse what had become for me a natural attitude after years of living in countries very different from my own. Instead of making an effort in understanding very different rules, during my first days in Geneva I found myself striving with letting myself go to simplicity. No fear in crossing the street, swift payment at the supermarket (again) cashier, trusting online operations because they actually work. This is a fun and interesting feeling.

What’s also interesting is to realize what things stroke me most during my first days in Geneva:

Knowing my fascination for faraway cultures, people ask me if I would like to stay longer in Geneva, and I say yes, I would. After the experience in Jakarta and all the health problems I had, it feels to nice to be able to relax and to live in a place where things work. Besides, Geneva is so conveniently placed. I still can’t believe I can go home by car! My children live very close to me now, and low cost flights take me everywhere around Europe. I am enjoying being able to move around, it gives me a sense of independence I had forgotten. I don’t know how things will turn out for my husband’s work, however, and I might very soon find myself to write my “Goodbye Geneva” 🙂 !

My life as an expatriate: the story of Moci

? We are joking of course, but there is something we would like to tell you. You might have noticed that Expatclic has no ads or paywall. For 17 years we have been working voluntarily to provide quality contents and support to expat women all over the world. However, keeping such a big website going has some costs, which we partially cover with team member’s fees and donations of those who appreciate us and wants our work to continue. If you could give even a tiny contribution to cover the rest, we would be immensely grateful ♥ You can support us with a small donation, even a small one. Thank you so very much.
26 April 2019 at 8:38
Relocating, Switzerland
abroad, expat life, moving, Relocation
claudiaexpat
Subscribe
Login
0 Commenti
Inline Feedbacks
View all comments

My life as an expatriate: the story of Moci