When your heart breaks abroad: separating when living abroad

We don’t find enough words to thank Magdalena, psychologist and life coach in the Bay Area, for this moving account. Her analysis and the advice she gives are very important when having to face this event, especially when living abroad. If you wish to know Magdalena better, please visit her beautiful website and read her book (in French). Thank you ever so much, Magdalena. 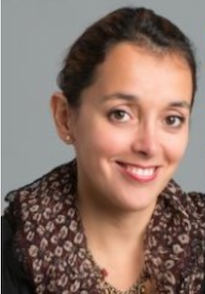 It was some years ago when I experienced the cultural, linguistic, professional and social earthquake of moving to a foreign country. I was forced to face a new transformation, one that touched my family, my marriage and my emotions. Relocating for my husband’s work changed my external world. When my husband announced that he wanted to separate, my whole inner life was thrown into turmoil, touching too the social relationships nurtured so carefully when we arrived in a strange land. I had to rebuild my external world, and face the rearrangement of my inner self. Once more I felt like a stranger, but this time, because of my own emotional situation. Daily life is once again a struggle, recreating your own identity and restoring a frame for family life. Being a new “half a couple” (or an amputee after 16 years of married life) raises apprehension levels to off the chart readings when you realise that all your reference points are now in total chaos and your mind naturally seeks how to remedy the shock as your inner compass tries to stabilise. The future becomes suddenly frightening and you try to alleviate the emotional battering of the present whilst continually questioning and searching, seeking an explanation as to why the past was perhaps an illusion. However, protection for your fragmented family prevails and so the question now is where and how to restore a broken home.

The process of separation in four steps

The collapse of a relationship whether by choice or not is always an emotional tsunami and the alternative can only be recovery. Typically, a break is a psychic process that develops in fours steps: a decision, emotional shock, convalescence and a new future.

The decision: whether the choice is taken after many years of dissatisfaction or comes unexpectedly, there is usually only one partner in the relationship who decides to break and the other who conforms to the decision. The one who takes the decision tends to harden in order to keep all doubts at bay and not succumb to the feelings of guilt for upsetting the whole family. At the same time, a sense of relief and liberation is earned thereby gaining back control of the choice. On the contrary, the aggrieved party feels like their whole life is slipping away, losing control of their existence, bringing about a true psychic suffering.

The emotional shock: in the desire to protect oneself, emotional denial and negative emotions completely overwhelm the aggrieved party; there is a disconnection with the internal world. Suffering can be so devastating, that it can lead to depression and awaken forgotten traumas linked to separation or death experiences. The meaning of life itself can be called into question. Between disillusionment, anger, guilt, sadness, there are feelings of emptiness and a physical sensation that something is missing. It now becomes necessary to learn how to live with the absence of the other half. A period of survival opens up.

Convalescence: a stage of weaning follows, characterised by the need to learn how to live without the other. Being alone grants more freedom and the chance to return to life without compromises. However, with it comes suffering from isolation, lack of support and friendship. It’s also the realisation of being single and fitting into social circles filled with couples. It is necessary to mourn the loss of a partner who is still there and yet come to terms that any love there once was, has died.

New future: after a while, time alleviates desperation. Some even feel more mature after the experience. Having resorted to so much tolerance as the aggrieved party, some survivors of marriage breakup consider themselves stronger and more in tune with themselves. Efforts at this point are directed towards the future, as it is no longer scary but now full of hope. Finding oneself again, opens up the possibility in considering new relationships.

Besides this already complex psychological process, further specific difficulties mark a separation abroad, and they involve both legal, financial, family and social aspects.

At a legal level, depending on the kind of visa and work authorisation needed, it might be impossible to find a job in the host country. At the same time, going back to the country of origin might also prove difficult because the only choice then is to consider the loss of ones children.

Being unfamiliar with the laws of the host country makes the divorce process more complex, and increases anxiety of losing control in any decision.

From a financial point of view, if the partner has given up a career to follow the family abroad, he or she can be faced with the difficulty in finding a job suitable to their qualifications with the appropriate remuneration. The pension they receive can also be too little to allow autonomy. That’s why many couples abroad continue living together in the same home after separating, which causes quite a number of family-related and psychological difficulties, and does not allow either party to rebuild a normal life. Others choose the temporary solution of “nesting”, alternating the custody of the children in the family home allowing the kids to preserve their rooms and schools, while their parents share an external abode.

At a social level, the network of friends is also shaken by the separation. The destruction of the couple changes all dynamics both in private and public life. As friends quickly become substitutes of the enlarged family, some play a basic role of support in the moment of disarray. Therefore there will also be changes in the network of friendships, and they will imply the need to recreate a new network mainly with those who have gone through the same ordeal. Christophe Fauré talks about the “unpleasant impression of being the fifth wheel of the car. One is no longer tuned in with the activities and worries of his friends who are a couple: they talk about their future holidays or the house they plan to build while we talk about alternating custody for the kids, financial needs and solitude (…) It’s the confusing experience of the transition between two worlds”.

This transition between two worlds is something very familiar when we live abroad. Questions about where to live are raised again: to stay or to leave? And going where? When children are rooted in the new host country or when the passport country was left a long time ago, the feeling of being “sin patria” casts confusion about where it is advisable to rebuild a life. When one of the spouses decides to leave, the family cell is exposed again to different homes, different countries and even far away continents. Matters concerning identity also arise: what have we become? How is it possible to manage on ones own and to build a professional career again? On what grounds can we lean to start anew and become again, an object of desire?

Separation when living abroad evokes other separations. We left our home country, we lose a traditional family unit, give up our life as a couple and our role caring for another person in a loving relationship, we give up the freedom and resilience only found in a complete family unit facing new adventures together. And yet, it is on those very resources of courage and determination that we have to draw to be able to embark on a new life.

The Lot of the Kept Expatman in Peru

? We are joking of course, but there is something we would like to tell you. You might have noticed that Expatclic has no ads or paywall. For 17 years we have been working voluntarily to provide quality contents and support to expat women all over the world. However, keeping such a big website going has some costs, which we partially cover with team member’s fees and donations of those who appreciate us and wants our work to continue. If you could give even a tiny contribution to cover the rest, we would be immensely grateful ♥ You can support us with a small donation, even a small one. Thank you so very much.
6 February 2016 at 10:32
Couples
couples abroad, expat couple, expat life
claudiaexpat
Subscribe
Login
2 Commenti
Inline Feedbacks
View all comments

Although this article was interesting and I can relate to it, it doesnt give any answers…maybe because the situation is so tough that there are either none or very few.
I live in Italy and my marriage broke down a few years ago and we are only together because of our daughter. I cant move out as i dont work. There is no work and if there is the occasional job it wouldnt give me the income id require if i had to move out and pay a rent.
There is no way i could go back to my home country. It really is a no win situation and very very isolating and depressing.
Why did the marriage break down? Mostly due to communication….language barriers. Even though i speak in Italian. My husband had never made any moves into learning my language and so it got to the stage where i would have to do all the work…and it is sooo tiring especially when you then find that the person you are with hasnt even got time for you to finish a sentence. So then you start feeling like you are worthless and have nothing interesting to say. I think to myself…does he really know who i am? Would he know me better and him? If we both were of the same origins. Its too late for wondering and too late for reparing…its a vicious circle that you cant get out of.

Can relate to you! My heart breaks reading your words..I know this is an old post but I hope you get this..it is just a continuous vicious cycle. I also live in Italy and have two children.. I would love to be raising them in my home country,. I still dream it may be possible. Keep hope, stay positive.

The Lot of the Kept Expatman in Peru