Home > Family and Children > Couples > Stephanie, adapting to life with the Masai

We interviewed Stephanie last year but there is still a lot of her life with the Masai that we would like to know. In this passionate article she writes about how she has learned to adapt and to deal with the cultural differences in her relationship with Sokoine, her Masai husband. 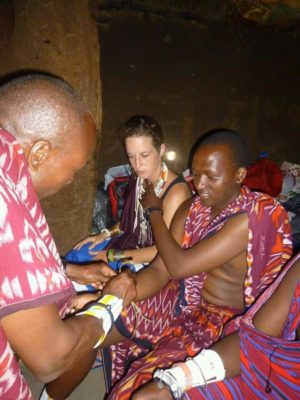 It was my idea to move to my husband’s family traditional Maasai home.

It was hard adapting to live with his family and it had an effect on our relationship, despite the Maasai being the most welcoming, kind and tolerant people I have ever met.

In Maasai culture women and men don’t spend time together, they don’t eat together and don’t really go places together.

My husband and his brothers made an exception for me so that I could eat with them and go to the market or do shopping with them. They showed me a lot of kindness and tolerance to make it easier for me but it was still a big transition.

I missed having alone time with my husband.

We would never go anywhere by ourselves and we would be in the company of his male relatives, often until the moment we would go to sleep. It caused tension between us but my husband always explained to me that that was his culture and that I would have to get used to it if I was serious about living here.

Another difficulty in our relationship was the fact that Maasai are not good with showing compassion.

By the time I got pregnant in May 2015, I was used to Maasai culture and, despite the differences, I had come to love and respect my husband’s culture.

When I cried because I was upset, Sokoine would get angry with me instead of consoling me. He would later tell me that he felt helpless and upset whenever I cried, because he just did not know how to deal with it.

The Maasai only cry when someone has died. In all other situations tears are not seen as a sign of being upset but as a sign of anger.

The more I thought about this, the more I felt that they were right – I realised that most times when I cried, it was because I felt hard done by, I was angry more than sad. 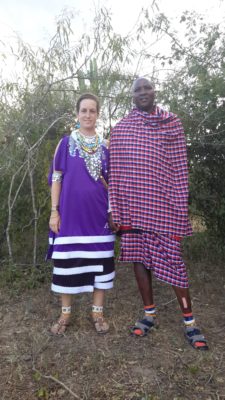 I liked his family, I liked the environment we lived in and I wanted to be with Sokoine.

So whenever we had an argument, I tried to learn from it and tried to see it the Maasai way. I had to let go of a lot of things and relearn everything anew relating to love, family, relationships and what is important in life.

Another burden in our relationship in the first year or so was the fact that I did not know the Maasai tribal language ‘Maa’. I knew Swahili but many Maasai don’t speak it well. When we were around people, I often got bored as I did not understand what they were talking about.

Probably the thing that caused the biggest rift in our relationship was us having a baby.

By the time I got pregnant in May 2015, I was used to Maasai culture and, despite the differences, I had come to love and respect my husband’s culture.

Sokoine had also prepared me well, warning me, that as a Maasai warrior he would not be playing a big part in raising our child until it was about a year old. I knew that for the first three months, he would not be staying in our house, so that my mother-in-law could move in with me and help me with the baby at night.

Adapting to live with the Maasai was probably the hardest thing I have ever done. But it’s also the best.

I knew all this and I agreed to it and I was prepared for it.

Still, his disinterest in me and the baby was greater than I had expected and to my surprise it hurt me a lot.

On my gentle urging though, Sokoine got better and started to spend time with our son Yannik. I did not want to push him to disrespect his culture but I also felt the need for him to be there for me and his son. Somehow we found a balance and now our son is nearly four and he and his father spend a lot of time together. I often travel for my various projects and I leave my son and husband to take care of each other.

Adapting to live with the Maasai was probably the hardest thing I have ever done. But it’s also the best. 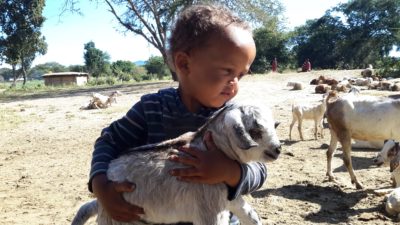 It was the one thing in my life that made me grow the most. There were moments when I thought about packing my bags and leaving – but I was always held back by the knowledge that I would never again be happy living in Germany.

I love Tanzania and I love the Maasai – for their kindness, tolerance and even-tempered souls.

My husband and I have been through a lot but I know that we have found each other for a reason. If it had been any other two people we might not have made it. Really it is him, who I have to thank for having made it here.

Expat life: an opportunity to reinvent yourself

When life gives you lemons

? We are joking of course, but there is something we would like to tell you. You might have noticed that Expatclic has no ads or paywall. For 17 years we have been working voluntarily to provide quality contents and support to expat women all over the world. However, keeping such a big website going has some costs, which we partially cover with team member’s fees and donations of those who appreciate us and wants our work to continue. If you could give even a tiny contribution to cover the rest, we would be immensely grateful ♥ You can support us with a small donation, even a small one. Thank you so very much.
10 October 2019 at 14:58
Couples, Tanzania
challenge, different culture, mixed couples
Barbara Amalberti
Subscribe
Login
0 Commenti
Inline Feedbacks
View all comments

Expat life: an opportunity to reinvent yourself

When life gives you lemons