Home > North America > Canada > The Fall, its rituals and its pumpkin spiced latte

Richa is a great friend of Expatclic. She has already written a couple of articles for us, where she shares her story and adventures all over the world. This year she moved from Bonn to Toronto, and she says hallo to us with a beautiful article on herrituals of the fall. Thank you Richa!

It was a beautiful night in Downtown Toronto, as we were walking back after a late-night movie show. The weather had started to get the chill, thanks to the fall season and the sky seemed as if it was hiding away the secrets of the stars in the clouds. 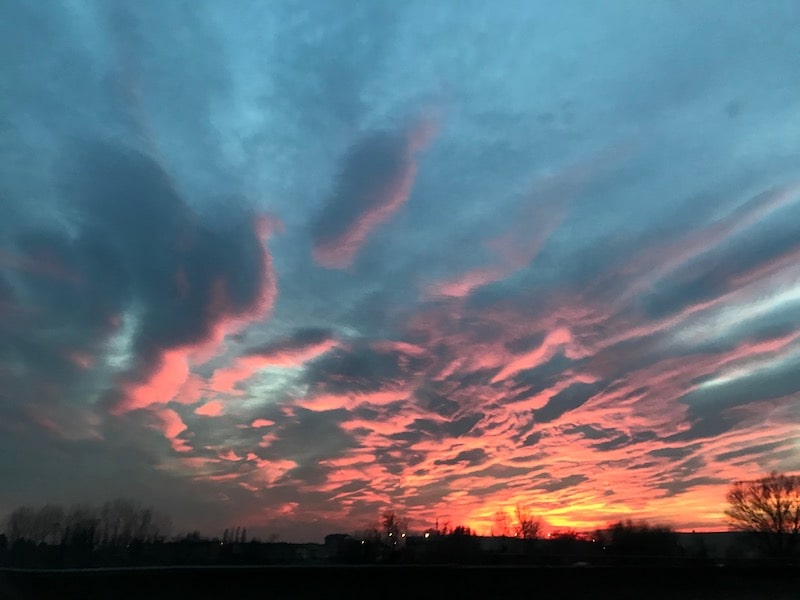 As I took a deep breath in my autumn coat looking at the slightly eerie looking sky, my husband remarked how much he likes this weather.

He went on to say how he thought it was just right, neither too cold nor too warm with everything almost in the right proportion.

It amazed me how some of my husband’s insights can still seem to surprise me even after more than a decade of knowing each other. We had been experiencing the fall season together for the fourth time and had not explicitly discussed our feelings about “the fall”.

When he said this, I thought we both must be weird for feeling this way. Usually, it is not a well-revered season like the spring or summer, more so in the colder parts of the world. Then the word, fall itself has some negative connotation as in downfall, losing, collapsing, being defeated. More typically, people are not too fond of the seemingly damp weather that characterizes the season. And still, we love it!

In the 12th century, this season was more commonly referred to as autumn. Though, from the 16th century onwards, it is believed that the term “fall” gained more traction, signifying the fall of the leaves. Before autumn or fall though, the season was more commonly called “harvest”. This term could be much more positive in its meaning. Though, if we try saying it’s the harvest season now, it will take some time for the new word to catch up. 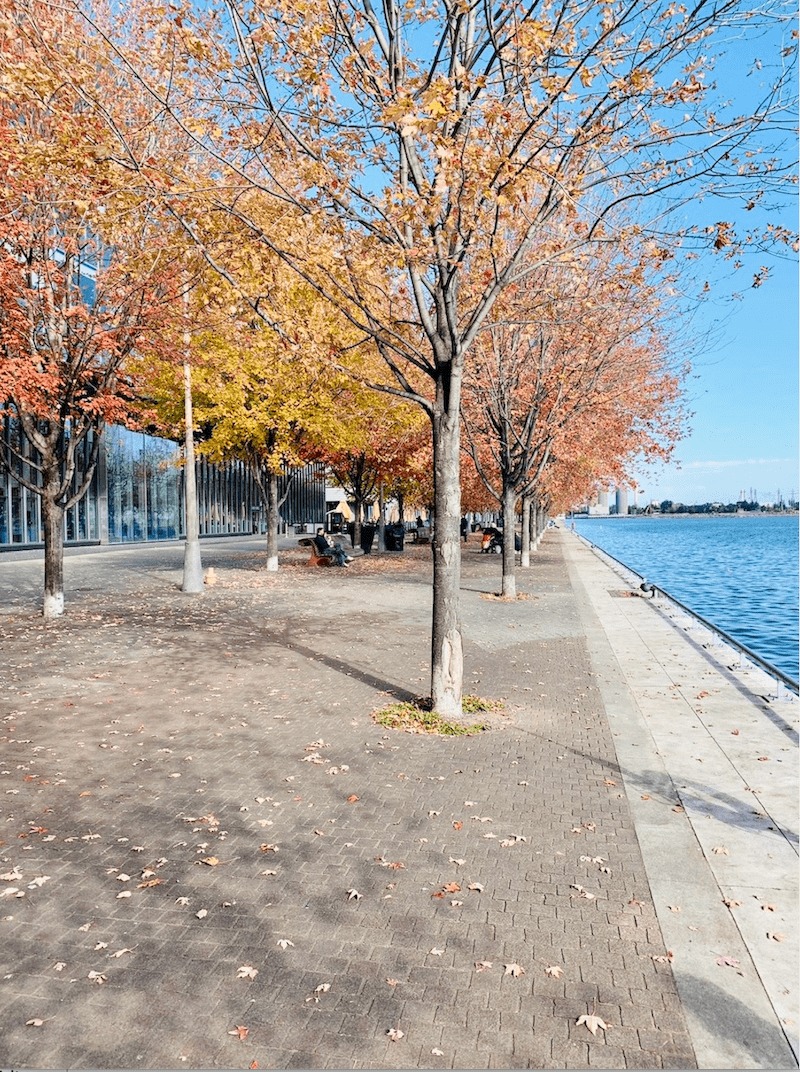 So what exactly makes “fall” so special to me? It reminds me of my childhood in the Himalayan town of Dehradun. This used to be my favorite season, when the coniferous trees around turned into vibrant shades of gold and red, it used to be a bit foggy and chilly, as we used to walk to the school with a group of friends through a beautiful forest. It was the time when I came home from the school excited to see my dog. My German shepherd dog became furrier and it was more comforting to snuggle with him in the fall and it lasted through the winter. The time represented happiness, community, and peace. As a child, I could not have imagined what fall would represent to me in my adulthood.

Now, it represents a balance in nature. A time when you discard your desires and wants, and stick to what you need to prepare for what lies ahead in the future. It is a preparation phase between two extremes or a cooling-off period.

I have learned over time, over a series of planned and unplanned changes to view this particular change in season in this way.  It is a time to recycle thoughts, reassess priorities and re-evaluate goals. So, every year I set some time to do this annual exercise of evaluation of how I did that year.

I do not know how this ritual exactly developed but given that I am all for planning, this is a very exciting time for me. It is also a wake-up time in the years when I feel that time went by quickly and I could not focus on what I wanted to do that year.

For example, I had not been able to take care of my health the way I wanted to in the last 2 years or so. So last year, it was a time to start afresh with new hope and by the end of this year, I am doing well. I think my fall ritual has a lot to do with that. Some people do this exercise at the end of the year, I like to do it a bit sooner so that the year-end time is already starting with what I want to do next year. Just kidding, actually I just like to sleep it off then! 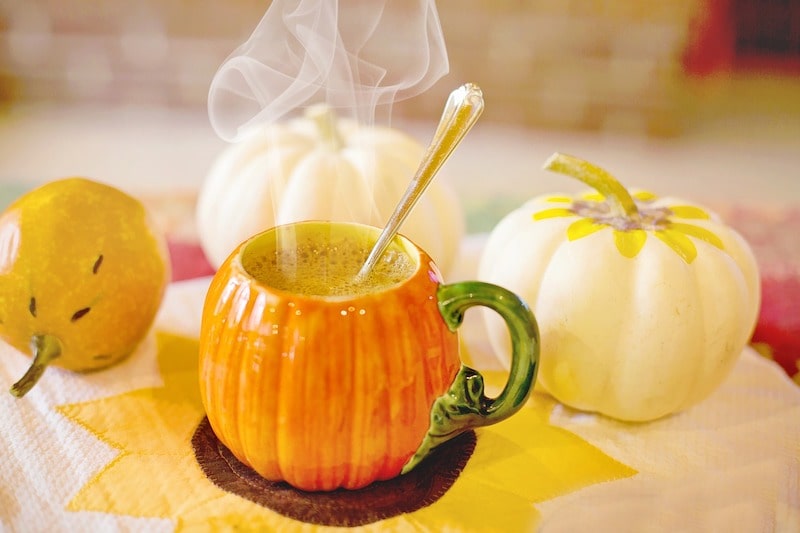 Another ritual I have been following religiously in the fall for the past few years is that of getting the Starbucks season special- a hot pumpkin spiced latte (without whipped cream) almost every week, sometimes twice. Well, to be honest, I would not mind it every day but I have to remind myself of the extra effort it will take to get rid of the extra calories.

I am not a big coffee lover, but there is just something about that pumpkin spiced latte that I cannot seem to get enough of. It’s like one of my unexpressed need has been expressed beautifully. I had it almost every morning last year, on the way to work from Bonn to Frankfurt around 6 am. Here, in Toronto again, Starbucks is right below my office building so on the days that I have to focus, I cannot stop thinking about the latte.

To my surprise and horror, once I reached Starbucks last week and they told me they were out of pumpkin spice. They asked me if I could have anything else, and the question just made me blank. I could not imagine how they could have run out of the spice so early in the morning and was even so shocked for some minutes to speak anything at all. With a heavy heart and no coffee, I walked back. I also experience mild withdrawal symptoms at the end of every fall, when I know I will walk into Starbucks one day and they will say that it is no longer served as it is a “seasonal”. 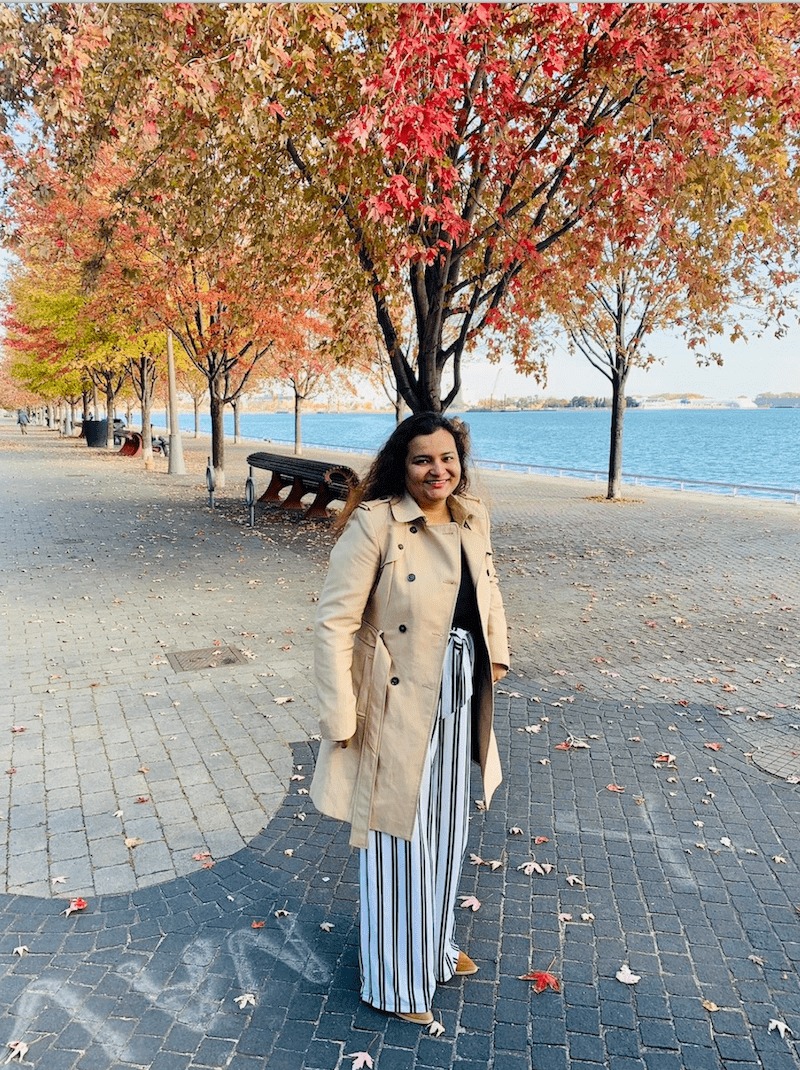 While walking back that night with my husband, I asked him if he had tried the pumpkin spiced latte, and he told me he hadn’t. The look on my face said : “You don’t know what you have missed, wait till you try it, as you are bound to love the fall even more. It might seem that you feel even better and your heart sings on those days“.  He seemed to think I had a glow on my skin and glitter in my eye as I described this heavenly feeling.

Even though fall represents change, and I am all for accepting and adapting to change, I don’t think that I can bear any change with my pumpkin spiced latte. It seems this perfection to me, and any minor change in its sweetness, milk or cream ratio can unsettle me a tad bit.

A few days ago, someone I met in the office remarked: “you are so patient”. My immediate response was, “Wait till you see me with a pumpkin spiced latte that has some whipped cream”. I am incapable of imagining the dire repercussions of this phenomenon. Well, I believe one fall, I will even recycle my fall traditions, but for now, they remain my constant amid changes such as adjusting to life in a new country and give me happiness and hope daily.

What about you? Have you started, shared or followed some fall rituals? What habits and memories do you associate with this season? You may or may not like fall, but if you are wondering what would be the best way to enjoy the remaining fall season-  try to gain perspective, clarity, and purpose. Let the fall serve as a reminder to you to constantly renew your thoughts. Look at the colors of the leaves around and try the pumpkin spiced latte, without the whipped cream. I am sure your heart will smile, as mine does.

? We are joking of course, but there is something we would like to tell you. You might have noticed that Expatclic has no ads or paywall. For 17 years we have been working voluntarily to provide quality contents and support to expat women all over the world. However, keeping such a big website going has some costs, which we partially cover with team member’s fees and donations of those who appreciate us and wants our work to continue. If you could give even a tiny contribution to cover the rest, we would be immensely grateful ♥ You can support us with a small donation, even a small one. Thank you so very much.
1 December 2019 at 16:20
Canada, Testimonials
abroad, expats, Relocation
claudiaexpat
Subscribe
Login
0 Commenti
Inline Feedbacks
View all comments