A lesson in life and humanity: The story of Michele Cantoni in Palestine

Home > Expat Men > A lesson in life and humanity: The story of Michele Cantoni in Palestine

We are happy and honoured to introduce you today to Michele Cantoni. Michele is an Italian musician who, after visiting Palestine, decided to go back to stay for good. In these (first 🙂 ) fifteen years, Michele has done a lot for music in Palestine. He tells us all in this fascinating interview. Thank you Michele.

How did you arrive in Palestine, and what made you decide to stay? Can you share a bit of your professional trajectory?

I went to Palestine, out of curiosity, for two weeks in 2003. Those two weeks have literally transformed my life. I lived in London at that time, as a busy freelance violinist and teacher, and had come across the question of Palestine by reading many articles and books, notably by Palestinian intellectual Edward Said. 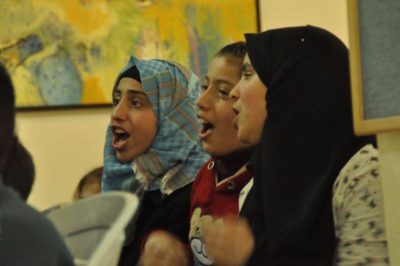 In 2002, a young woman who had volunteered in a summer camp of a children’s cultural center in Bethlehem put me in touch with the center’s director and one year later I arrived in Bethlehem, very excited but also fairly anxious about the dangers I expected to face.

I soon found out that I had nothing to fear and was captivated by the people I met, their creativity, their humanity and the amazing spirit with which they faced all kinds of adversities.

At the end of those two weeks, I returned to London, fascinated and enthused… and determined to move to Palestine, which I did one year later.

From 2004 until 2015 I worked, with several degrees of responsibility, in one of Palestine’s biggest music schools: The Edward Said National Conservatory of Music, a private institution with branches in Jerusalem, Ramallah, Bethlehem, Nablus and Gaza. From 2010, I was the Conservatory’s Academic Director and was Artistic Director of its ensembles, including the project-based Palestine National Orchestra and Palestine Youth Orchestra.

In 2015 I resigned from the Conservatory, to find the necessary independence and time to develop independent initiatives which I viewed as essential to complement the work being carried out by music schools there. 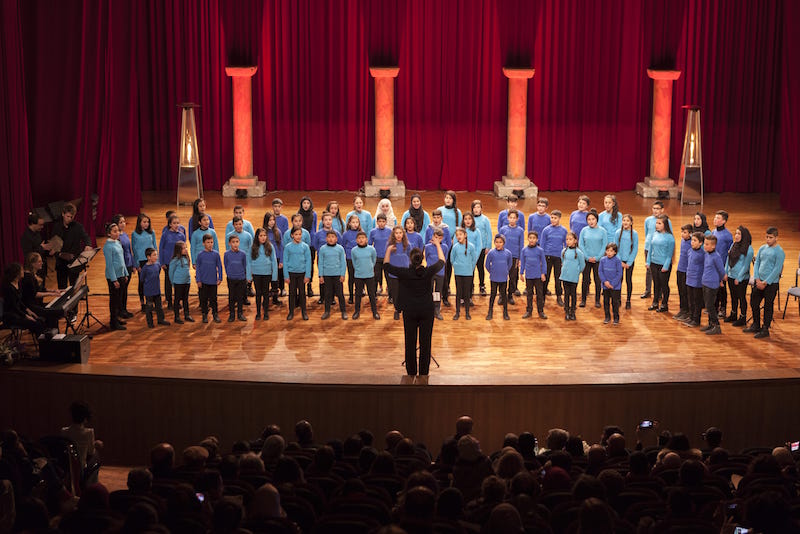 One initiative was the establishment of Palestine’s first children’s choir schools.

In the summer of 2015, with my wife, Mathilde Vittu (Professor at the Paris Conservatoire) we established Amwaj (Waves, in Arabic).

The second initiative I have embarked on since 2015 is now known as the Palestine Philharmonie, a major cultural institution aimed at supporting musicians (whether students, amateurs or professionals) and music schools in Palestine.

The ongoing ‘talent drain’ (musicians from the Occupied Territories leaving the country) is partly linked to the difficulties and frustrations of life under military occupation, but also, to a large extent, to the lack of a suitable local cultural policy.

Musicians must be offered professional opportunities besides teaching, or they will be drawn to leave the country.

Music education institutions and programs have flourished across Palestine over the past two decades. They have played a formidable role in the promotion and diffusion of music, providing access to music activities to an increasing number of children and adults.

A significant feature of the success of Palestine’s music education scene is the growing number of music students who choose to pursue a career in music. Former students of Palestine’s music schools can now be found there as teachers, as upon returning to Palestine after a few years of specialization abroad, many of them find employment as full-time educators. 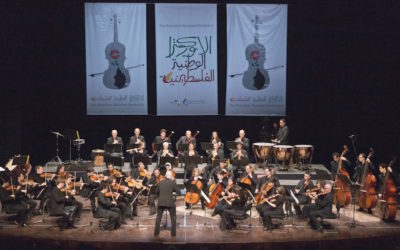 In this framework, however, there remains one major problem: Performance opportunities for professional musicians are rare in Palestine.

Musicians must be offered professional opportunities besides teaching, or they will be drawn to leave the country, as I have seen repeatedly happen over the last 10 years. Furthermore, Palestinian musicians from the diaspora and foreign musicians are unlikely – indeed often reluctant – to move to Palestine because, as professionals, they need to perform.

Palestinians have an impressive way of reacting, with increased creativity, improvised solutions, determination not to let frustration rule their life, and a surprising sense of humor.

The only solution is to ensure the professional music scene becomes more attractive for artists and educators. This is where the Palestine Philharmonie finds its raison d’être: To create the conditions for a growing number of Palestinian musicians to participate in their country’s cultural life, to provide continuity of cultural offer throughout the country, and to attract artists from other countries as well.

I lived in Palestine for four years and I know what it means to constantly face the injustice Palestinians have to deal with daily. How do you cope with this difficulty, being always involved in Palestinian cultural life?

West Bank Palestinians are subject to a sadistic and humiliating matrix of control, which comprises walls, check-points and a complex system of permits they must apply for if they want to exit the West Bank (to go abroad, or even to go to neighboring Jerusalem). They are often denied those permits, without any particular reason and with a high degree of randomness. 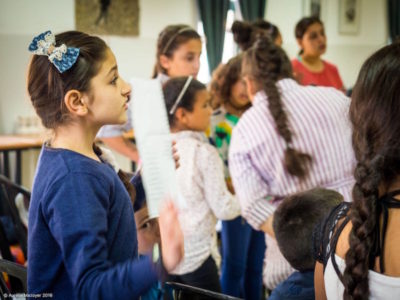 Dealing with injustice, humiliation and restrictions is not easy, but Palestinians have an impressive way of reacting, with increased creativity, improvised solutions, determination not to let frustration rule their life, and a surprising sense of humor. This attitude was an eye-opening lesson in life and humanity for me, from my very first visit to Palestine.

Michele and Mathilde have launched a fundraising campaign to cover the costs of the Amwaj tour in France this summer. Find out more on the Amwaj project. PLEASE donate whatever you can to help these young musician travel to France.

? We are joking of course, but there is something we would like to tell you. You might have noticed that Expatclic has no ads or paywall. For 17 years we have been working voluntarily to provide quality contents and support to expat women all over the world. However, keeping such a big website going has some costs, which we partially cover with team member’s fees and donations of those who appreciate us and wants our work to continue. If you could give even a tiny contribution to cover the rest, we would be immensely grateful ♥ You can support us with a small donation, even a small one. Thank you so very much.
27 April 2018 at 9:15
Expat Men, Palestine
empathy, living in jerusalem
claudiaexpat
Subscribe
Login
0 Commenti
Inline Feedbacks
View all comments