Cultural Adventures in Canada… and Elsewhere

We wholeheartedly thank Juliette Giannesini for this beautiful article on her experience of relocating to Ottawa, Canada.

Like many of you, I have an accent in every language I speak (including my own), a multicultural family, several identities, weird cravings for foods I didn’t grow up with, and no idea how and why I ended up thousands of kilometres from where I was born and where I could have presumably lived a happy life.
It kind of happened the way it often does—by chance.

Bitten by the travel bug

My name is Juliette Giannesini. I was born in Nantes, France. I didn’t grow up in a family of travellers. Although my parents are world citizens in their own way, we didn’t take holiday abroad because, well, money.

I have no idea how I caught the travel bug but early symptoms were probably showing when I decided to study Mandarin in Grade 6. When I turned 16, I somehow convinced my parents I should travel to Beijing for a university summer program. I boarded the plane alone and terrified but two months later, I cried for the entire flight back to France—I couldn’t wait to explore more of China, more of the world. 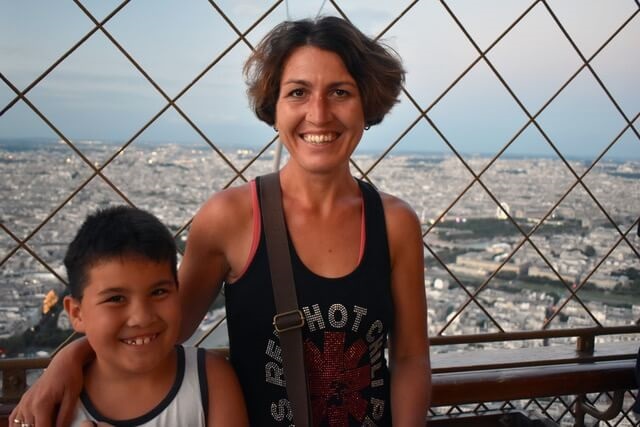 I came back to China the following year and somehow found a job in Hong Kong after graduating from high school. Then 9/11 happened and I rushed home… before travelling to the other side of the world, to Mexico, where I embarked on a road trip across Central and South America with “that Canadian guy I had met in China” (now my husband of 16 years).

In my early twenties, we backpacked across Latin America, Australia, New Zealand, Central America again… then I got tired. I wanted a place to call “home”. Canada was a logical choice since my husband was Chinese-Canadian—at least one of us knew the country and I could apply for a Working Holiday Visa.

We stopped in Ottawa, a new city for both of us. It turned out to be a good pick for me. I only spoke basic English but being fluent in French is an asset on the local job market. I worked in a call centre, as a receptionist, then as a French teacher. 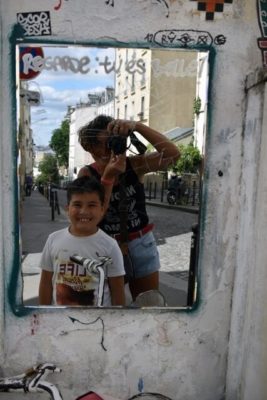 Meanwhile, I applied for permanent residence status. I’m often asked why I immigrated to Canada and the answer is actually very simple—because Canada let me stay. Unlike many countries, immigrating to Canada is fairly straightforward as long as you fit into one of the programs. The immigration process takes time and energy but you’re not stuck with temporary visas for years, you can get permanent resident status and become eligible for citizenship three years later. This is how I became a Canadian citizen in 2009 and it mattered a lot to me—I wanted to belong somewhere.

I spent my first decade in Canada learning about cultures, plural, because this is a diverse country with two official languages, three groups of aboriginal people and newcomers from all over the world.

I’m 38 now and I’ve literally spent half of my life in France and the other half in Canada. When my son was born in 2012, I realized I would always be an immigrant and I think I’m okay with that. My husband grew up in China, I grew up in France, and none of us masters the art of being a Canadian parent—this is yet another culture shock I didn’t see coming. For instance, the school system remains a mystery to us and we have to reinvent traditions like Halloween or Christmas we didn’t celebrate as kids or celebrated in a completely different environment.

The pandemic was another reminder that we have ties abroad—closed borders are a nightmare. We had a COVID death in my family and I wasn’t able to travel to France to offer support. Grieving on my side of the Atlantic Ocean was painful.

Home is France, Canada… and Many Other Places

I never regretted moving to Canada. Canada offered me the career path I stumbled upon

12 years ago—I work as a freelance copywriter (English and French) and translator, and I love my job. This is also a good place for a biracial family. We speak French, English and Mandarin at home and I often joke we’re a typical Canadian family. 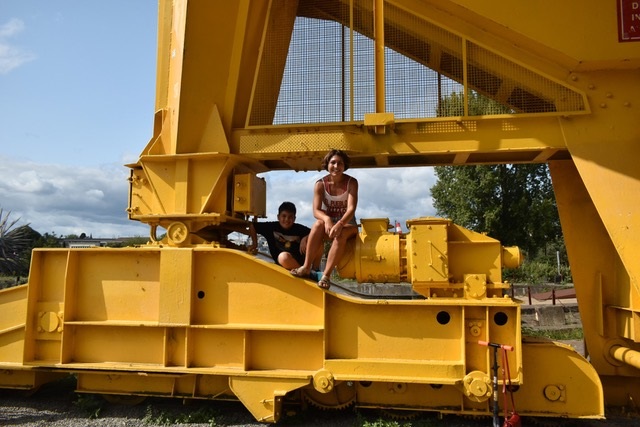 That said, Canada has never been the end of the road for me. I’m still backpacking and exploring the world. I try to make room for my three “identities”—time in France to connect with relatives and give my son a chance to get to know my culture, time in Ottawa where I feel productive and I work on projects, time on the road to get inspired and write stories.

I’m always fascinated by the way cultures and experiences intersect all over the world. Beyond traditions, beliefs and languages, we’re not that different after all and I find it extremely comforting.

You can find me at correresmidestino.com where I blog about life in Canada and share travel adventures. The rest of the time, I’m translating documents, querying publishers or picking up LEGO off the floor. And if you need tips on Canada, get in touch!

My expat experience in Bucharest at the time of Corona virus

? We are joking of course, but there is something we would like to tell you. You might have noticed that Expatclic has no ads or paywall. For 17 years we have been working voluntarily to provide quality contents and support to expat women all over the world. However, keeping such a big website going has some costs, which we partially cover with team member’s fees and donations of those who appreciate us and wants our work to continue. If you could give even a tiny contribution to cover the rest, we would be immensely grateful ♥ You can support us with a small donation, even a small one. Thank you so very much.
23 November 2021 at 17:06
Canada, Testimonials
abroad, career abroad, culture, different culture, Relocation
Carole Sahebzadah
Subscribe
Login
0 Commenti
Inline Feedbacks
View all comments