A story of love and commitment

Home > Oceania > Australia > A story of love and commitment

Last December the legislation for same sex marriage was finally passed in Australia. Sandy and Lesley are getting married today. I think their story is worth telling. It is a story of love and commitment.

I met Sandy and Lesley the day we bought a little cottage in Maldon, north of Melbourne. Sandy is American, of Indian and Mexican descent and she grew up in Monterey, California. She migrated to Australia in 1975, when she was 25, and settled in Swan Hill, a rural town in northwest Victoria.

Sandy tells me about the difficulties she initially had in understanding the Australian accent and the different words. She often had to resort to facial expressions:

“A little boy came to ask me for a rubber and I said : …and what do we propose to do with that? Water balloons? He looked at me surprised and told me: I just want to get rid of the pencils mark. I laughed! He wanted an eraser!”.

She decided earlier on that she will have Australian friends and an Australian life style.

It never occurred to me that I was an outlaw, but Lesley feared they would deport me if they found out.

Lesley was a teacher, too, and she had just moved to Swan Hill from Melbourne. At the time she was about to get married. Sandy herself was going out with a local guy, but she felt it was not what she really wanted.

“The very first time I met Lesley she was making costumes for the ballet teacher, I was just watching her sew and we talked and talked and talked. I finally had to leave and we became really good friends after that. I soon realised that I wanted to be with her for the rest of my life. There was something there, but I figured she was engaged”. 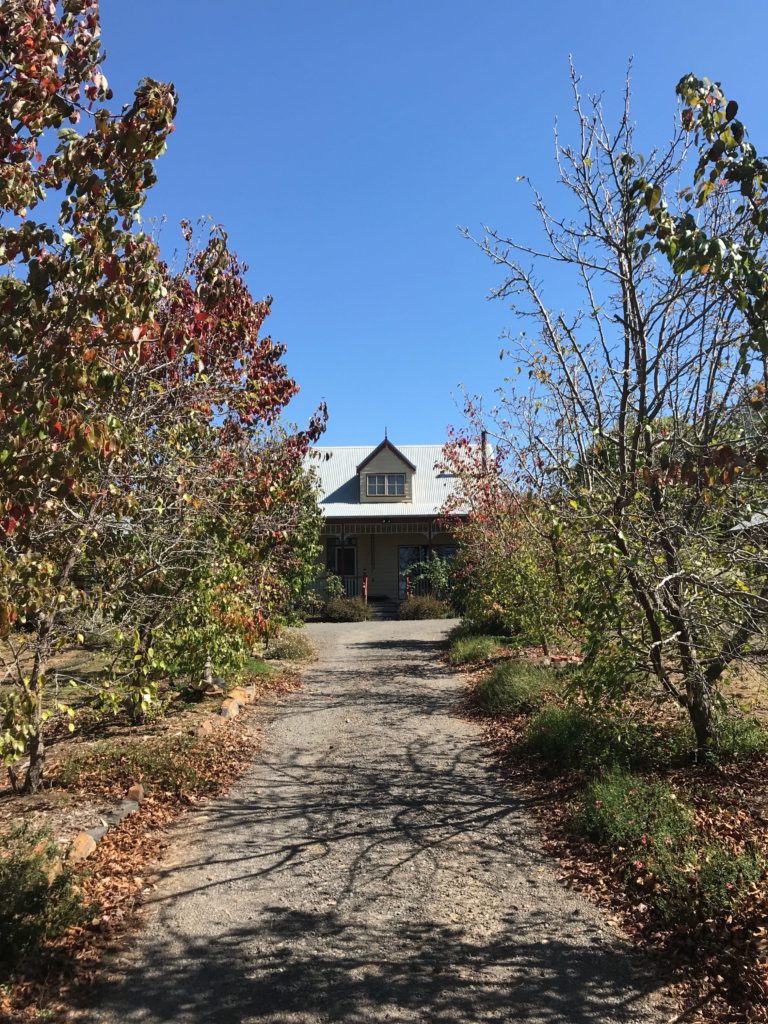 Lesley was in a car accident and she could only leave the hospital if she had someone looking after her. “I said she could come and stay at my house. And she never went home! We have been together ever since”.

How was it to be in a lesbian relationship in outback Victoria, in the ’70? “Everybody knew but nobody knew. We never said: we are a gay couple and we are together“. Sandy’s parents were also never officially told but they knew. Her mother absolutely hated it. “Even though I come from American Indian and Mexican background my mother was extremely bigoted, extremely intolerant. Dad used to roll with the punches…he was Irish…accepting of everybody. Lesley’s dad accepted it and her mum didn’t, but she didn’t like anyone!”.

“When Lesley and I got together it was still unlawful. It became legal in 1980. It never occurred to me that I was an outlaw, but Lesley feared they would deport me if they found out. She finally settled when I became a citizen. Because there was no way we could get married, becoming a citizen was my commitment to her and she knew that I would never leave. When I told my parents I became disowned. I sent letters and they were returned unopened, they hung up on me on the phone”.

Sandy and Lesley went to Monterey to explain the situation and eventually her parents accepted her decision to become an Australian citizen, though her mother never accepted her being gay. “In retrospect I think one of the reason I came so far away was to put a distance between me and my mother. We want our parents approval and it is certainly easier to deal with their rejection when we are on the other side of the world”. 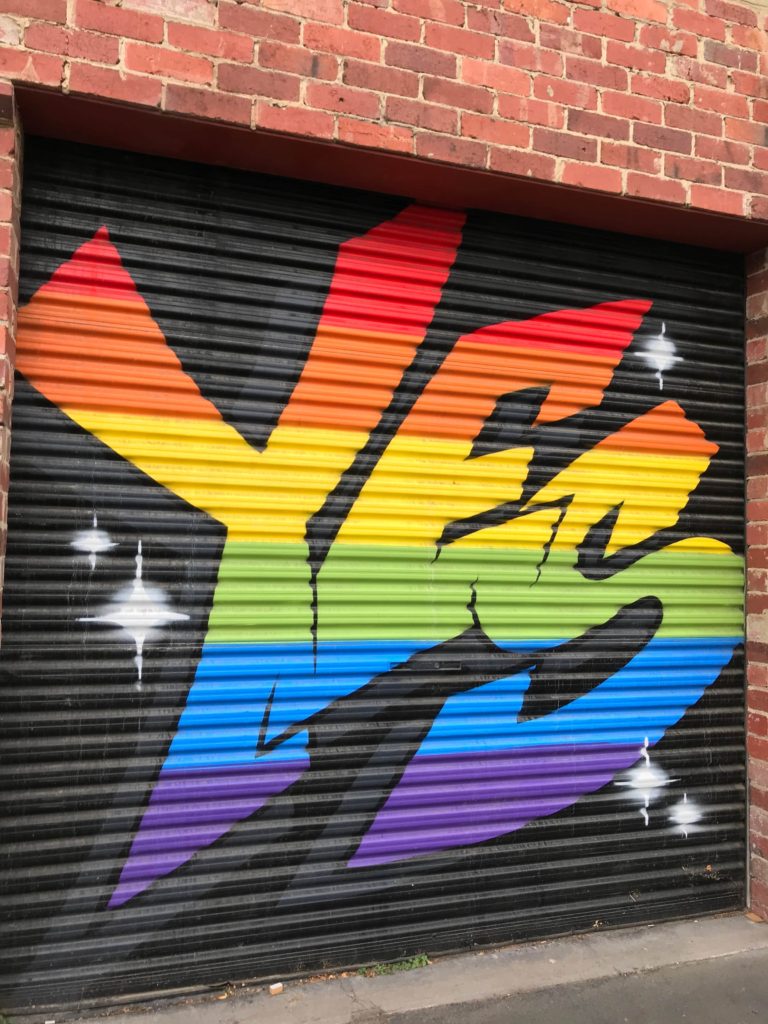 I ask Sandy how she felt last December, when the Same Sex marriage law was finally passed: “I didn’t think this would happen in our times, but it did. There are lots of elderly people in Maldon and when the law passed they came to hug us and told us how happy they were for us. We still didn’t think of getting married, but we started to look into it, all the legal grey areas. A lot of them having to do with superannuation. Even though we have been together for 42 years, Lesley can’t be on my death certificate as my spouse. Wherever possible, we have power of attorney legal and financial. If we went to a retirement village, we would have to pay two single fees instead of a joint one because we are not married. If one of us died, the other one would get kicked out. It sounds trivial but it’s not.
Maldon is more accepting than Swan Hill. There were a lot of rednecks in Swan Hill, we got hassled a fair bit at school, from the kids. They knew where we lived and they came by to yell things at us. We moved down here when Lesley’s father was dying and we have always been welcome”.

Lesley has been sewing Sandy’s suit and today they will become…wives? No, they told me they will never be wives but they will remain partners for life!

Congratulations on this very special day!

? We are joking of course, but there is something we would like to tell you. You might have noticed that Expatclic has no ads or paywall. For 17 years we have been working voluntarily to provide quality contents and support to expat women all over the world. However, keeping such a big website going has some costs, which we partially cover with team member’s fees and donations of those who appreciate us and wants our work to continue. If you could give even a tiny contribution to cover the rest, we would be immensely grateful ♥ You can support us with a small donation, even a small one. Thank you so very much.
2 June 2018 at 7:26
Australia, Couples
Barbara Amalberti
Subscribe
Login
0 Commenti
Inline Feedbacks
View all comments